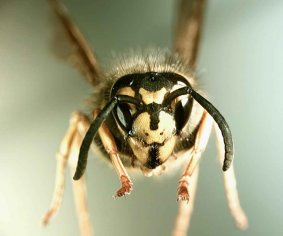 Why are wasps a problem?

New Zealand has some of the highest densities of Common and German wasps in the world. This is because there are no natural wasp predators, lots of things for them to eat, and our winters are mild.

Native wasps have never been a problem but introduced wasps are a significant pest. They

Find out what you can do...

The wasp pests in New Zealand are: 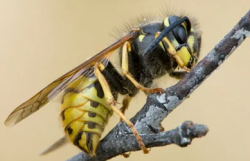 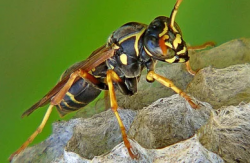 If the nest is small and you are not allergic to stings, then you can do it yourself. But, if the nest is large then contact a professional pest controller.

Find and destroy a wasp nest

Worker wasps will spread the powder into the nest and the colony usually dies within a day. If the nest is still active after a few days then repeat the procedure the next fine eveing

Trap wasps when they're out and about

If you can't find the wasps' nest then build a trap to catch them - all you need is a plastic bottle, water, sugar, and vinegar. Make your own wasp trap.

Most wasps die off during winter and the queen hibernates until the spring. In October the queen starts a new nest, so early spring is the time to trap queens and stop them building new nests.

A meat based bait called Vespex has been developed in conjunction with the Department of Conservation (DOC) to control wasps over large areas. It is effective in environments where their food supply is scarce and at times of the year when they are eating protein.

Vespex contains the insecticide fipronil and is placed in secure bait stations. Wasps eat the bait and take it back to their nests to feed (and poison) the rest of the colony.

This method and bait is especially useful when you can't find where the wasps are nesting. It is also targeted at wasps and is not attractive to bees.

Vespex is avaialble from Nelson-based company Merchento. All users must pass an online test and become an approved user to ensure they use it according to instructions. For information on Vespex see DOC's website.