At Greater Wellington we work to reduce the impact of natural hazards in several ways.

We investigate and monitor hazards affecting the region and hold a great deal of hazard information.  This information is used to promote hazard awareness in the community in the form of maps, reports, fact sheets, school visits and public presentations.

We also use hazard information for land use management by developing regional policies and plans, advocating policies and rules in district plans, and advising on notified resource consents.

Greater Wellington is also responsible for maintaining flood protection schemes and warning systems in the region.

Lifelines groups are voluntary associations of utility companies that work to reduce the vulnerability of their systems to natural hazards and improve performance during and after a disaster.

Greater Wellington participates in both lifelines groups in the region - the Wellington Lifelines Group (WeLG) and the Wairarapa Engineering Lifelines Association (WELA).

The Wellington Lifelines Group, has released a report (March 2013) looking at how transport links could be restored after a big quake.

The group also released a report (November 2012) that examines restoration times for utilities in the metropolitan Wellington area after a serious rupture of the Wellington Fault.

Download a copy of the report:
comprises 20 utility operators and civil defence authorities from local and central government. The group’s report examines restoration times for utilities in the metropolitan Wellington area after a serious rupture of the Wellington Fault. 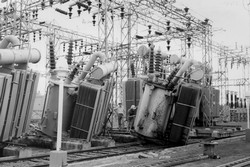